Each week discover something new about wellbeing, business or the use of alchemy to change your life with my blog posts. I share personal experiences and proven research with tips for you to try out. 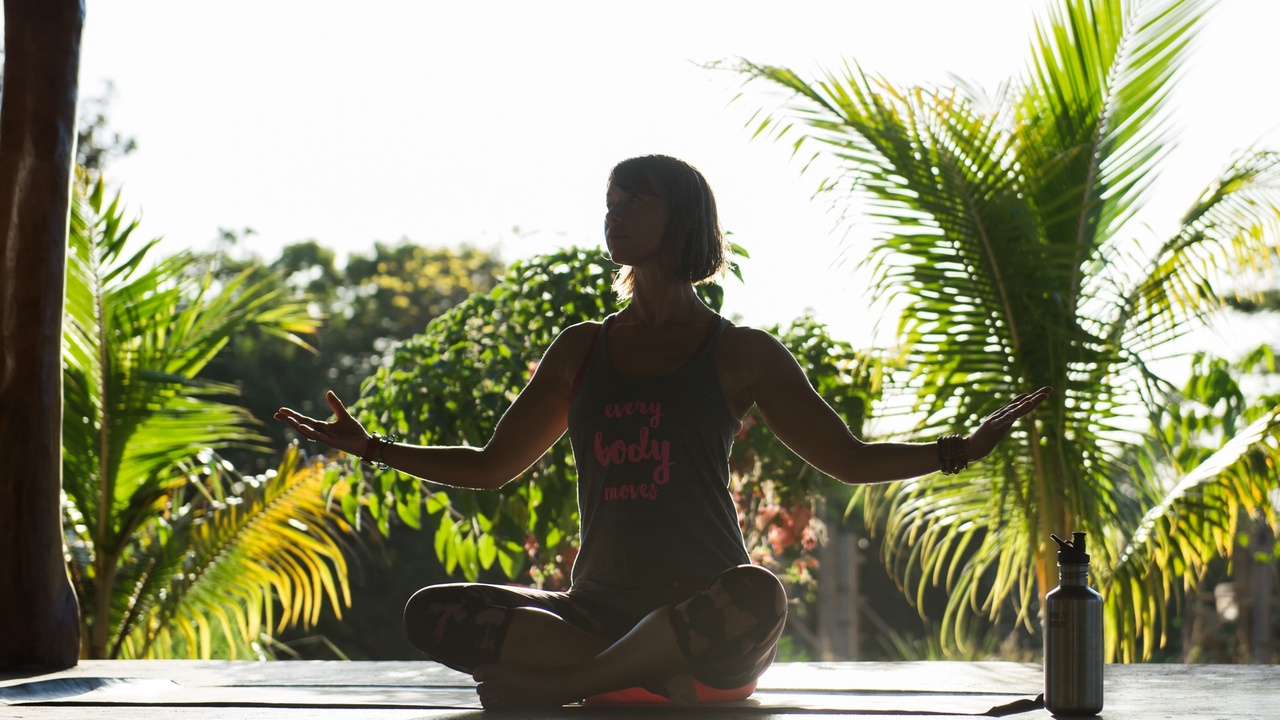 In physics, space is being redefined with current quantum physics theories to explain the reality of everything. Various proposals exist to explain the phenomena of space, but it mostly seems mind-blowing however it is rationalised. It is so complex that some feel fear yet for others it holds in comfort - space is the element that connects to the profound.

At 5 years old my family accidentally took me on Space Mountain, the ride at Disney World in Florida. I loved it. I recalled a sense of adventure into the unknown. I disliked all other rollercoasters for seeing the drop and that anticipation.

I developed a strange relationship with the stars at night. I could see their beauty but feared the infinite expansiveness of the universe. How large it was overwhelmed me. I never felt that I had any space when I was a lawyer. I had time because I was good at prioritising and sleeping less than 4 hours a night, but felt suffocated.

In 2016 a huge part of my yoga nidra practice constantly projected me out into space. After several months of this, I noticed my experience of time shifting. During my travels, I began to overcome my insomnia by staring at the stars until I fell asleep.  My sleep would take me back out into space and the expansive unknown.

So, at 36 I requested my dad take me to Disneyland in Los Angeles. I wanted to ride Space Mountain again. As I sat on the rollercoaster and the darkness enveloped us, I could feel the adrenaline rising – would I enjoy it again? It lurched forward and then we were off. I told myself “Surrender to it” and my whole body relaxed, the carriage twisted and turned, dropped and rose. I was free flying and trusting in every move.

When I am struggling I drop into the space between the particles of my atoms. My space of non-existence in physical form. I expand and grow without shape. ‘Nid’ vanishes and I sense a peace. Discovering my inner space has been my biggest healer and is an important aspect of my work for the future. 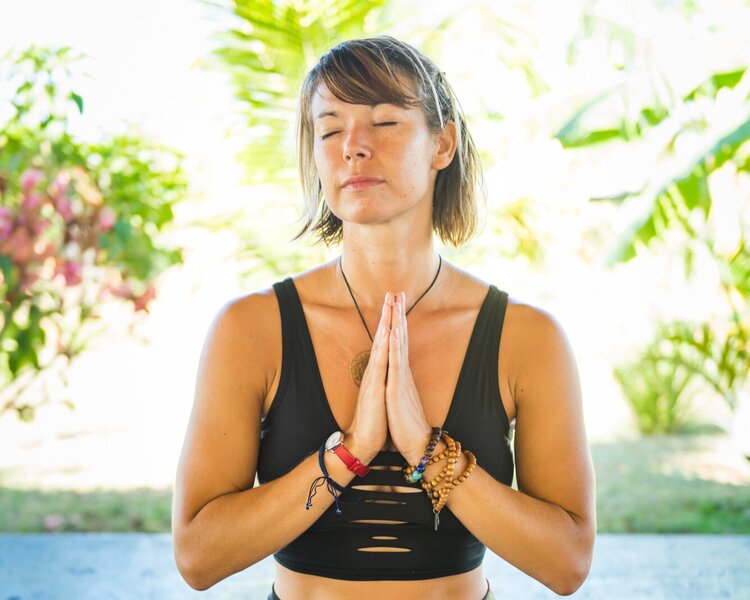 Discovering my inner space has been my biggest healer

The Metal element in Chinese medicine is the combination of air and space through the breath and it’s time is Autumn. The element is about releasing and making space, when in balance there is good organisation and self-control with conscientious actions. The deep strength is that of ore mountains.

Connected to the lungs for space and breath, an imbalance will often express as respiratory issues, such as asthma or frequent colds. It also affects the skin so issues with rashes and eczema can be signs of an imbalance.

Physically connected to the large intestine and bowels constipation and diarrhoea are simple bodily signs to release.

Emotional signs of imbalance include overly valuing material possessions, and excessive grief unmatched to things in life. An inability to see the sparkle in life and connect to a higher purpose in life.

STEPS TO BALANCE METAL ARE ABOUT LETTING GO TO MAKE SPACE IN THE BODY, TRY OUT:

In yoga this is ether or Aakash and its properties are light, subtle and infinite as it is what holds creation with any other elements. Aakash is a form of matter that fills voids and is filled by the other elements, and in modern science this is explained with waves and frequencies, such as light and radio. The qualities of ether in the physical experience are based on their absence rather than presence.

In Ayurveda, it is combined with the element air for the dosha vata. When the mind has balanced ether the thoughts and emotions are easy, undisturbed free waves. Connected to hollowness it is associated with ageing and those in their older years are in their ‘vata period of life’ as vata increases.

The winter season heightens ether when there becomes more space with the barrenness around us, and the lightness of death. This is an important part of the life cycle and connects to spiritual living. To have more space in your life eat bitter foods to feel a greater sense of expansion break overly bound routines.

Ether is closely connected to the sense of hearing that often deteriorates with ageing.

Physical deficiencies are expressed through osteoporosis and Parkinson’s disease – both have excess space within the structure of the cells. Undertake grounding activities to keep balanced at this time such as those suggested in the earth element post. [LINK]

Einstein’s theory of spacetime brought space and time together as one. Often the feeling of not having sufficient time is linked to a feeling of a lack of space and vice versa. It is understandable why Einstein connected these two together as they are closely connected in experiential terms. The universe is constantly expanding and yet, what into?

Carlo Rovelli's Reality is not what is Seems postulates as part of Loop Theory that “physical space is the fabric resulting from the ceaseless swarming of this [interactions of individual quanta of gravity] web of relations.” The quanta of gravity that create this space are so small that we are just measuring a line of which the cosmos is made from, the cosmos is so vast that we cannot measure it. However, it is finite at a scale humans cannot comprehend. 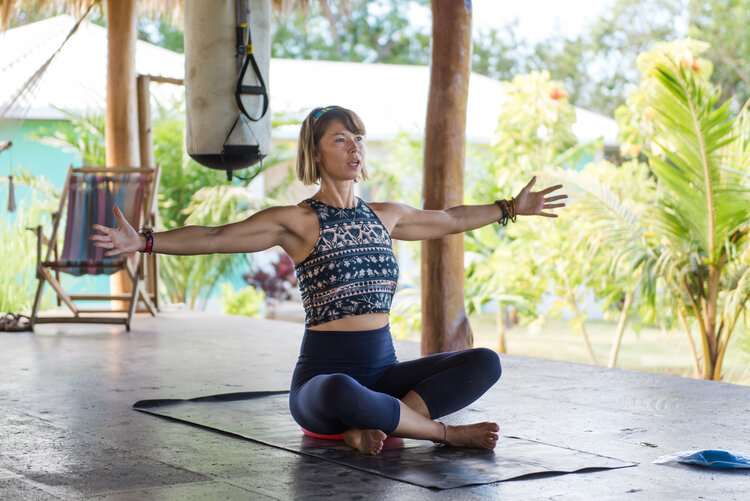 The universe is constantly expanding and yet, what into?

Space to me represents the philosophical questions of - what is the point? Where is it all expanding to? Such questions fed years of despair, and yet, it is space and these questions that healed me. I learned to find consolation in the space.

For me, space led me to this conclusion:

If all is energy that endlessly merges and flows, then we can all be a universal consciousness that is reborn in different lives. Each life allows for a new evolution of consciousness to expand and each life is a choice to transform and elevate consciousness higher. For me, this is surrendering to the unknown that allows me to expand into my best self in this lifetime.

Connecting with the Space Element

Perhaps this idea of allowing yourself to expand into your best self resonated with you at this time. If you are ready to invest in yourself to become your best self, I invite you to take a look at my Luminous Life program.

Let’s work together so you can connect more with your inner space and transform!

BE THE FIRST TO KNOW

Receive each new blog post direct to your inbox when they are released! 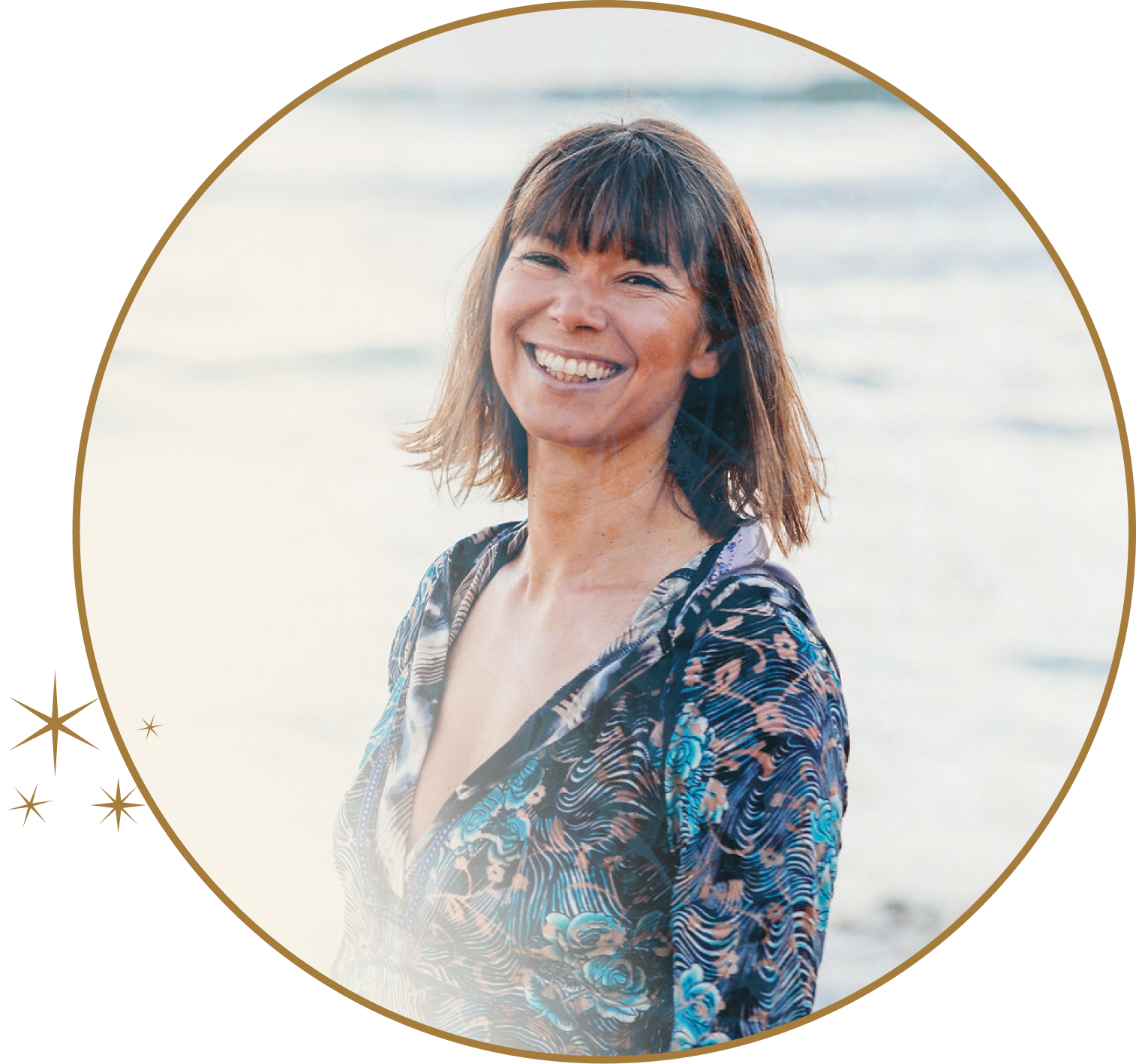 Nid shares her blessings and personal failings to help others grow in the most uplifting and fulfilling way. 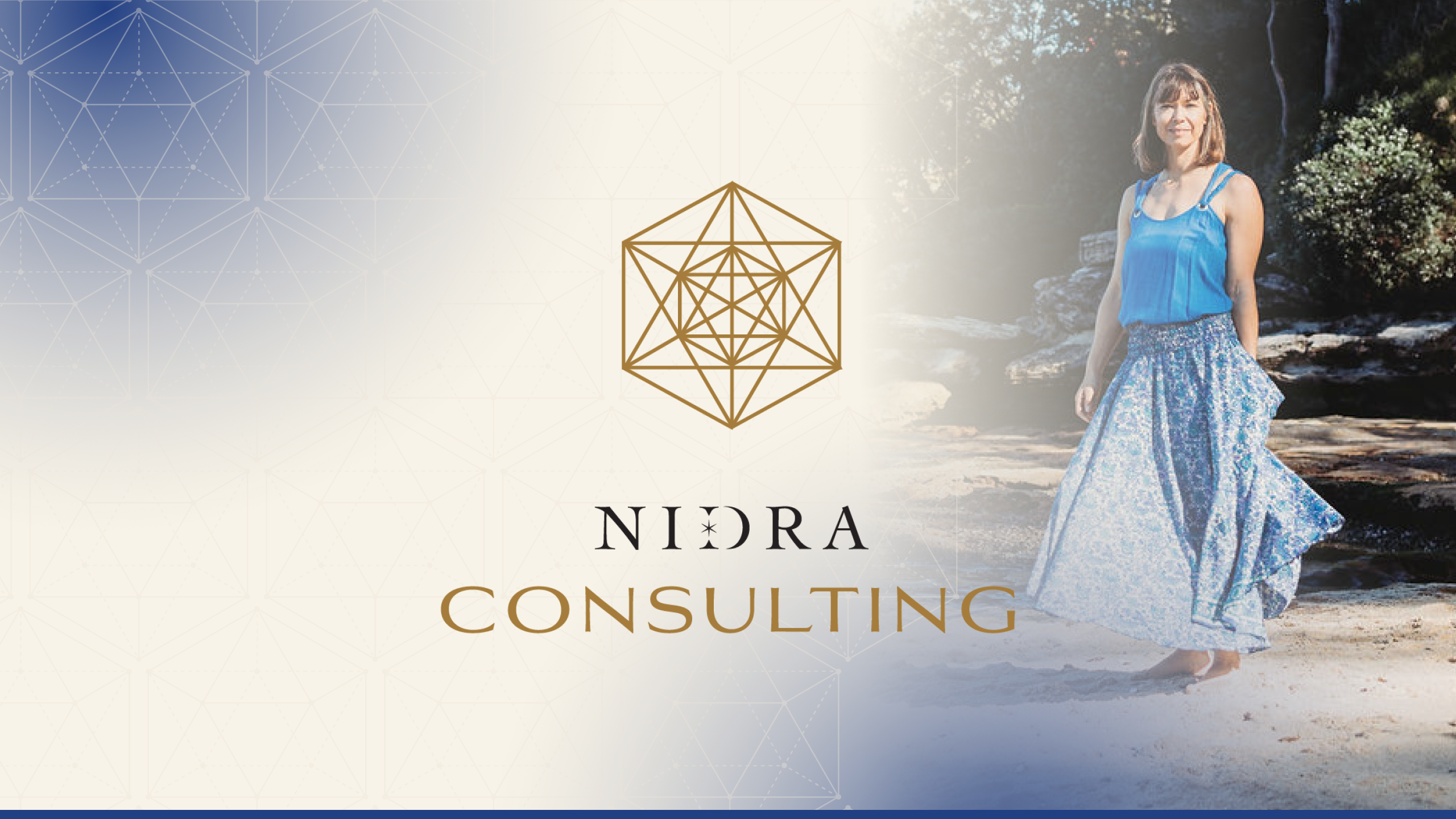 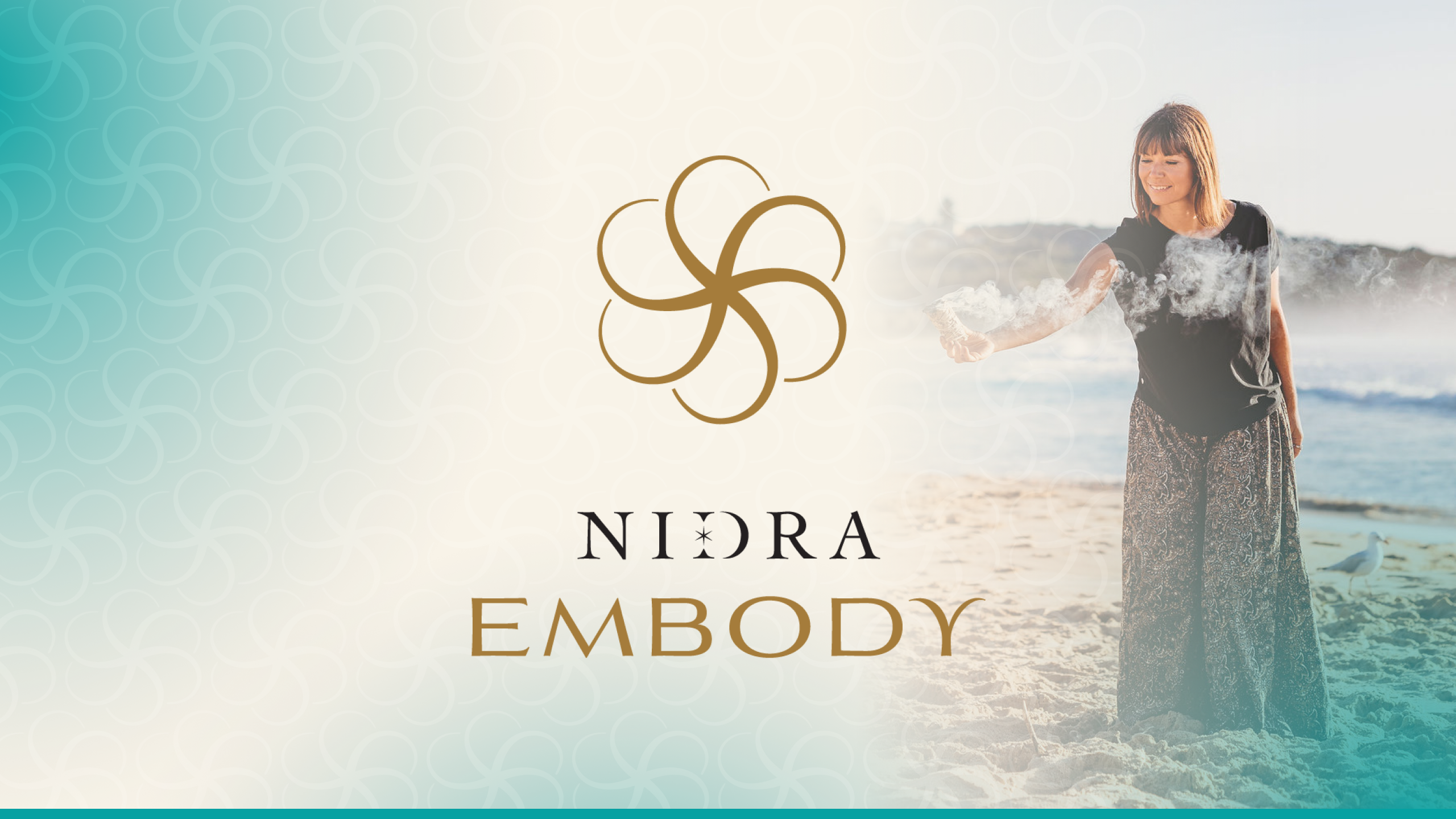 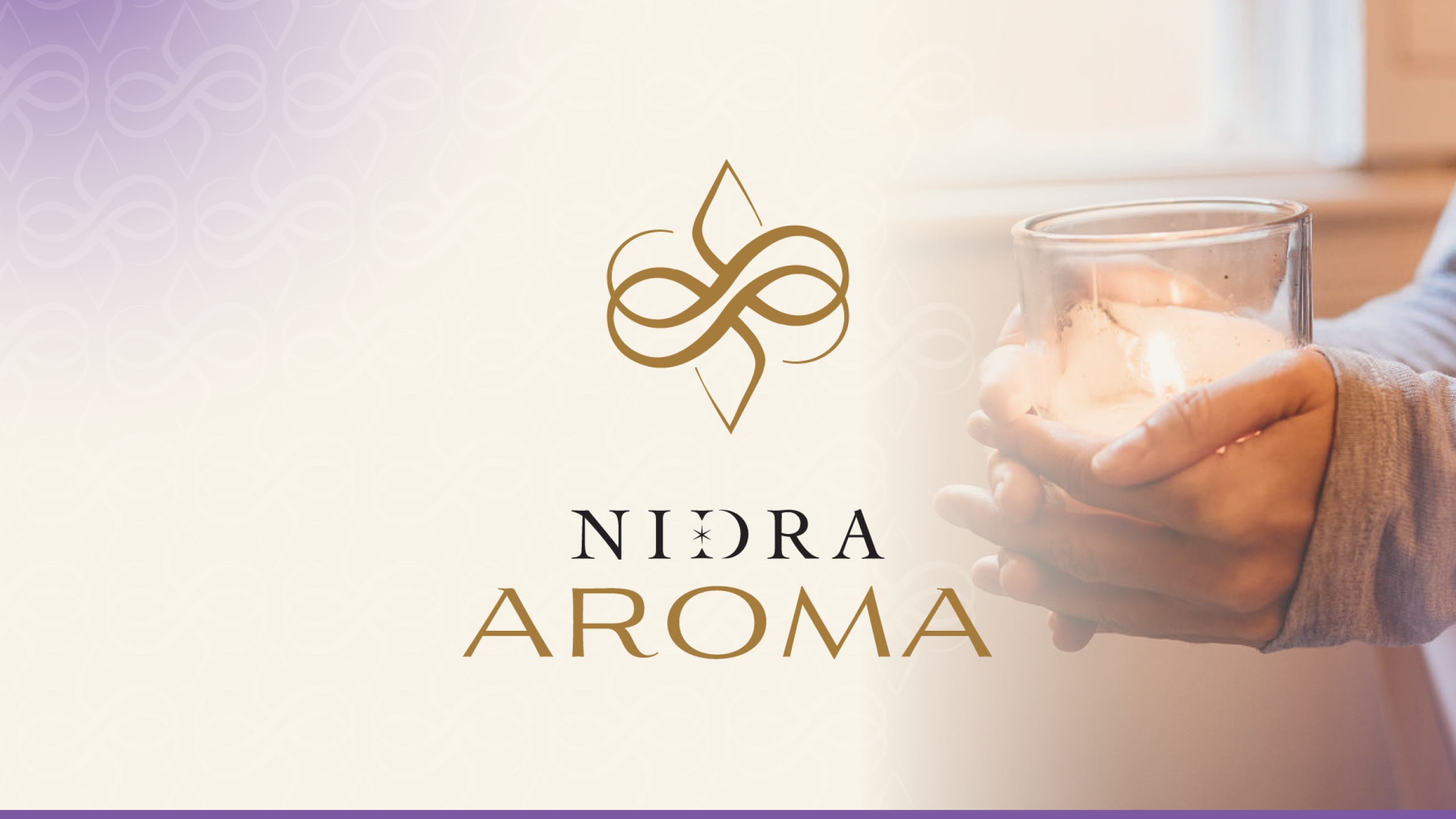 Receive each new blog post direct to your inbox when they are released!

Nids Nidra acknowledges the Traditional Owners of country throughout Australia and recognises their continuing connection to land, waters and community. We pay our respect to them and their cultures; and to Custodians past, present and emerging.

Nids Nidra acknowledges the Traditional Owners of country throughout Australia and recognises their continuing connection to land, waters and community. We pay our respect to them and their cultures; and to Custodians past, present and emerging.

The content of the Website and Blog is for information purposes only. The content focuses on areas of general interest and provides summary overviews of subject matter. You should always seek professional independent advice before acting on any information contained on this Website or Blog. You should always obtain medical, psychological, legal, and financial advice to your specific situation from a local professional to where you live.

Nid Ra disclaims all liability in respect to actions taken or not taken based on any or all of the contents of this Website or Blog. Nid Ra will not be liable in contract, negligence or otherwise, for any loss, damages or harm whether direct, indirect or consequential, howsoever incurred or sustained due to your use or misuse of the materials, services or Website.

Be the First to Know

Sign up below to receive each new blog post direct to your inbox when they are released!